At the time of writing this blog, there remains uncertainty as to a number of outcomes, most notably the Presidential election. This Week in Washington will release a more comprehensive review next week on the electoral outcomes. What is clear is 2020 turnout (on track to be north of 65% of registered voters) will likely be the highest since 1900. 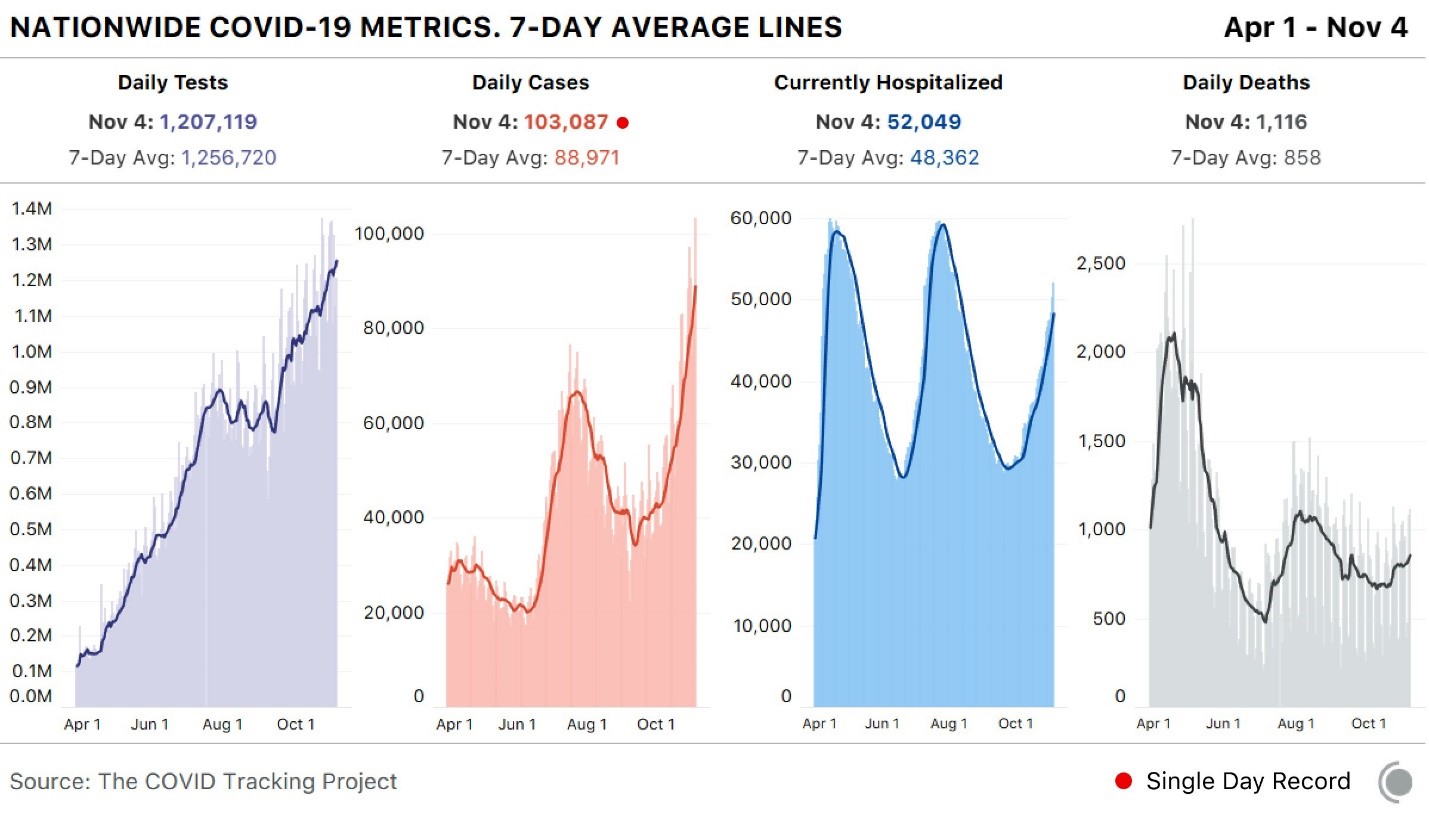 Unfortunately, COVID cases are growing at near exponential rates as cases hit a record number. Hospitalization numbers have sharply increased across the country. Hospitalizations in the Midwest are particularly bad at the moment.

KFF released flu vaccination rates by state data. There is extensive variation between states, ranging from 44% in Nevada to 61% in Rhode Island. KFF notes that patterns in flu vaccine rates may shed some light on the ultimate pattern of COVID vaccine rates across states.