As can be seen in the below numbers, unfortunately, this week, COVID case numbers (and deaths) trickled up a little. Hot spots have generally been focused in the Midwest, often times around college campuses. 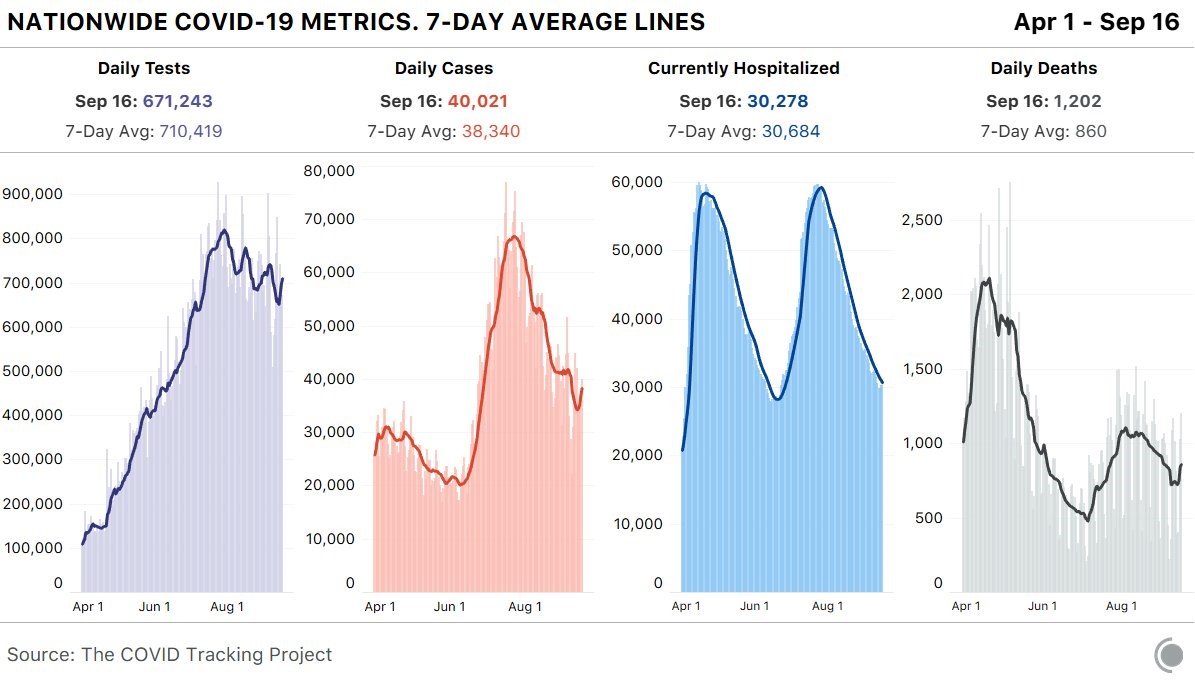 The focus on Congress continues on a continuing resolution to fund the government to avoid a government shutdown. Politico reported that an agreement is likely to emerge this week, which would provide time to pass the bill before the end of the month deadline.

The Census released new data on income, poverty, and health coverage in the United States in 2019. The American Community Survey dataa, found that poverty and income statistics improved while health insurance coverage declined. In particular, the number of uninsured increased by about 1 million people between 2018 and 2019. Overall about 9.2% of people in the US were not covered by health insurance at the time of the survey in 2019.