One of the major outstanding questions with Congress is if it will enact legislation around the issue of COVID or the economy this fall. Today, the Senate failed to pass a slimmed-down COVID response bill. The bill’s failure highlights growing pessimism that any deal will be struck before the November election.  Congress is slated to vote on a continuing resolution (CR) that is needed to avoid a government shutdown before the end of the month. If a deal isn’t struck before the CR is passed, it is very unlikely any relief bill will be passed until after the election.

Two of the main questions that have emerged over the summer are 1) is the COVID picture improving, and 2) is the economy improving? As can be seen in the below pictures, for both topics, the answer is yes. However, as can also be seen, problems remain. For COVID cases/hospitalization, while there have been improvements from earlier the summer, COVID cases remain high. Similarly, while economic conditions have improved since April, unemployment remains far above normal. 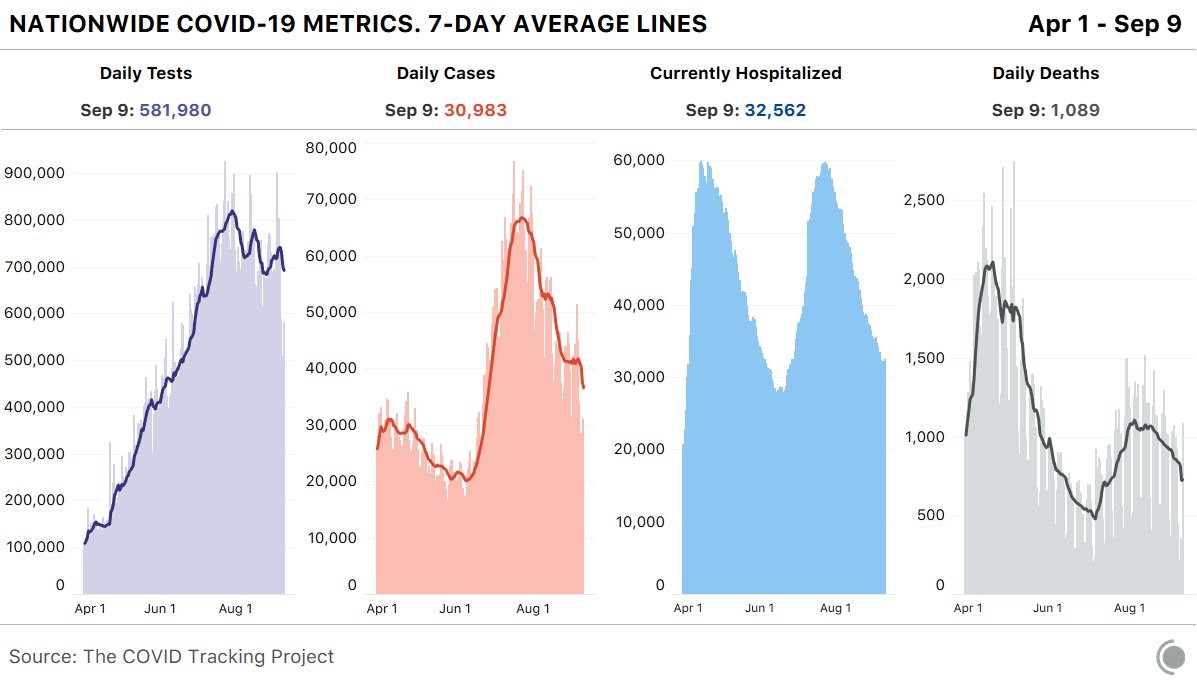 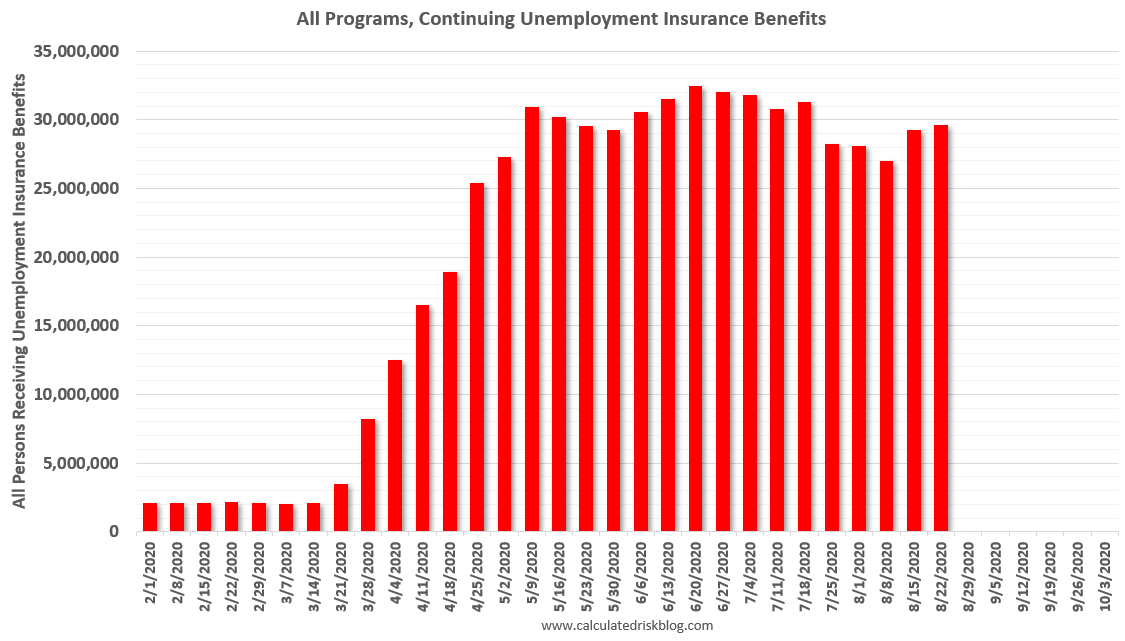 Data from tracktherecovery.com, which monitors consumer credit card spending, including on healthcare, found that while there have been some improvements from spending lows in April, health care spending, through August, remains depressed, relative to spending in January. 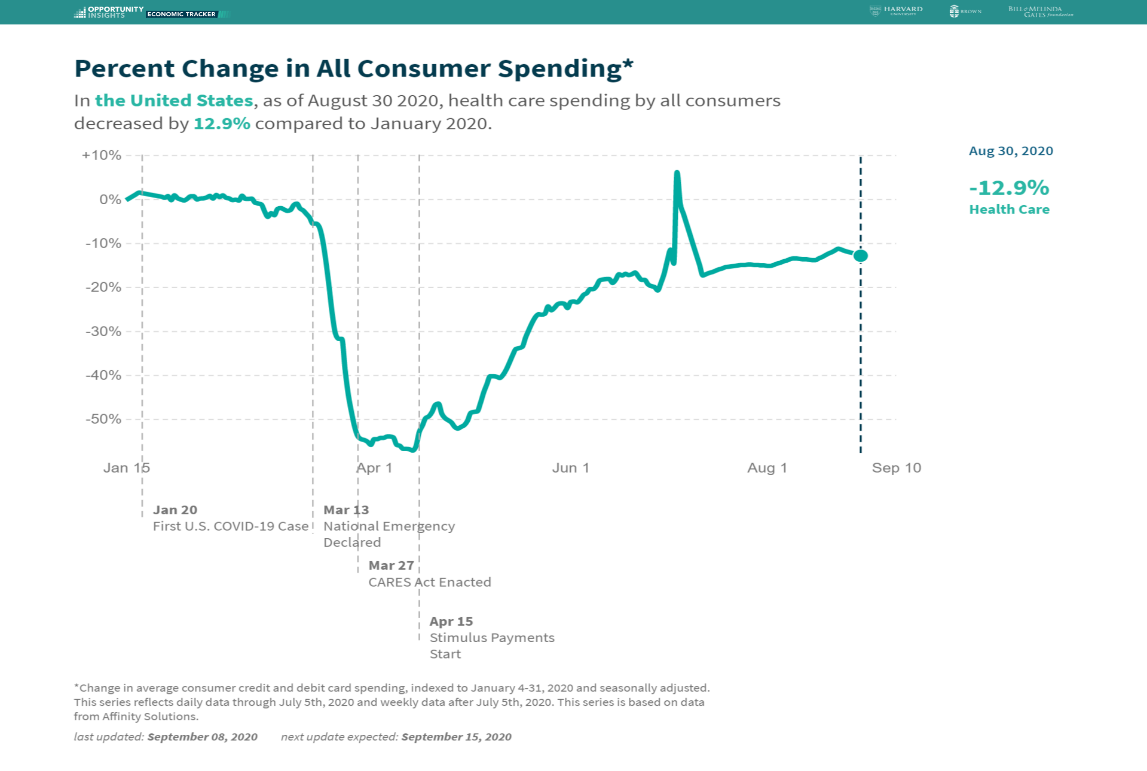 New analysis by Sommers et al. studied the impact of Medicaid work requirements in Arkansas. In particular, the researchers found that individuals who lost Medicaid coverage had adverse experiences: 50% delayed medical debt, 56% delayed care because of cost, and 64% delayed taking Medication. Finally, they found that awareness was low for the program, with 70% of Arkansans unaware. While currently Medicaid work requirements have been suspended, pending the outcome of court cases, CMS has continued to accept waiver applications on the topic, most recently from Nebraska.