As shown in the NYTimes’ graphic below, cases in the US have started to climb dramatically in the past few weeks, lending evidence that the pandemic is entering a third phase. While COVID increases are fairly widespread, the highest increases have generally occurred in the Midwest and rural areas. Overall, states reported that approximately 37,000 individuals were hospitalized with COVID. 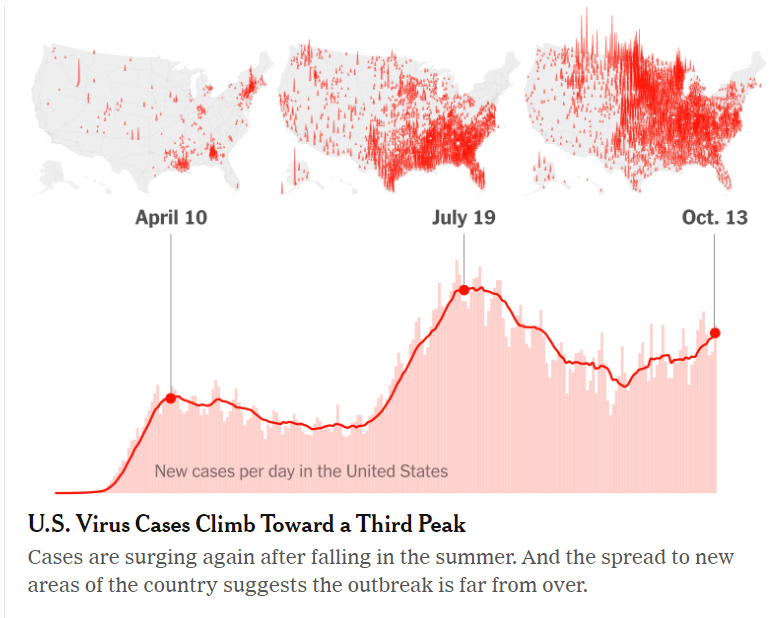 While discussions have continued on a COVID stimulus package, most observers believe the only thing that will be brought before the Senate floor before the election is the Supreme Court nomination. The addition of Barrett would tilt the court in a more conservative direction. Politico has a good rundown of the additional health care cases (beyond Texas v. California) that could be decided in the near future.

Unfortunately, the number of permanently unemployed continues to increase. Below this chart from calculated risk illustrates the difference between the current economic downturn and the previous economic downturns in terms of permanent job losses. Two recent studies estimated that approximately 8 million Americans slipped into poverty since the pandemic began. 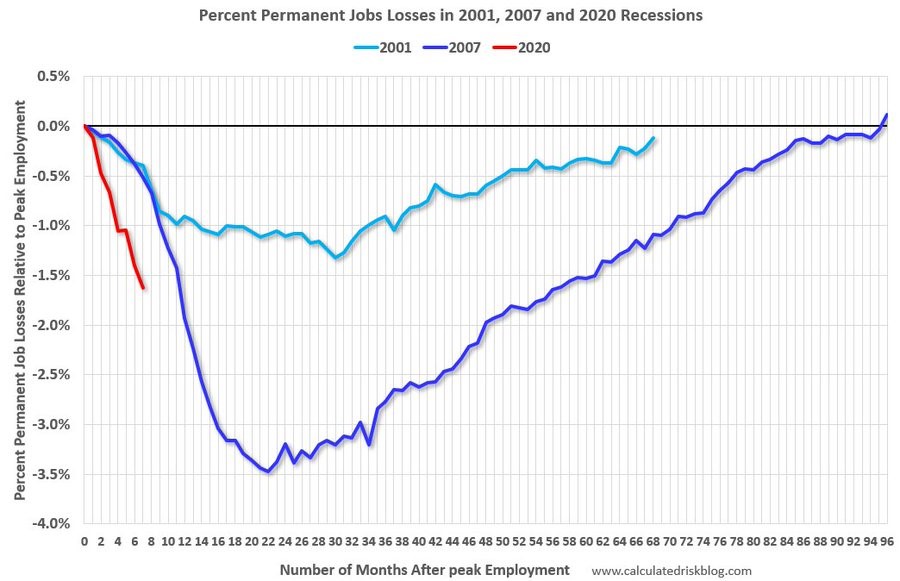 KFF released its annual brief on the state of Medicaid spending and enrollment. The brief finds that overall

You can read more here and here