President Trump, this week, ended stimulus negotiations with Congress. Consequently, an all-encompassing package before the election is exceedingly unlikely. It is possible that a smaller package, for example, money for airline industries, may pass. Still, other types of funding, especially those interacting with the health care industry, have a very low likelihood of passing.

The ending of stimulus talks comes at a time of increasing concerns about the economy. This excellent infographic from the NYTimes shows the current dynamic of the economy, where tracking the overall number of unemployed can be slightly misleading. In particular, the number of permanently laid off has steadily increased while the temporarily laid off has improved over the last few months. Permanently laid-off individuals are far more likely to experience a change in health coverage. 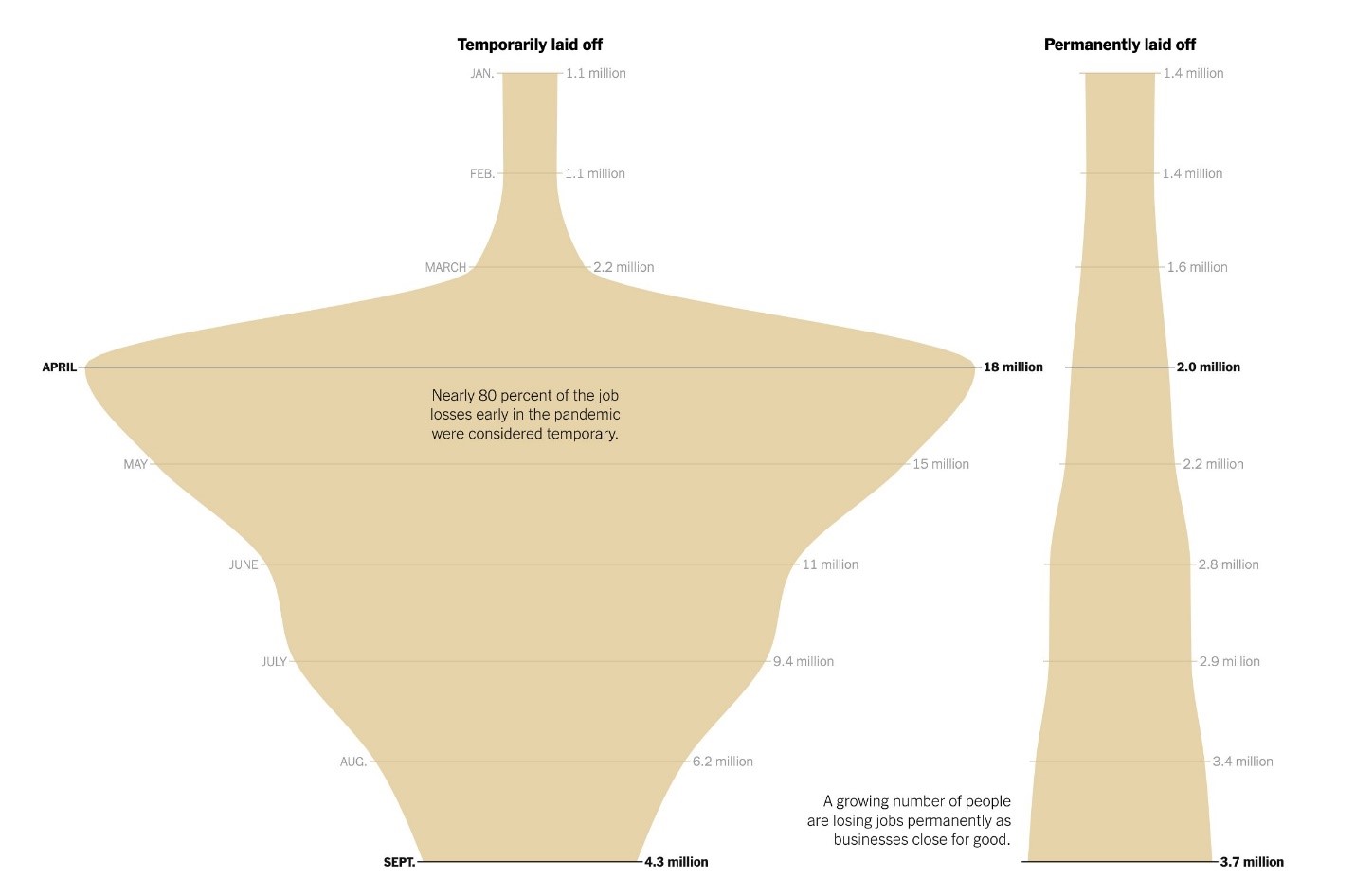 The Supreme Court heard a major health case this week involving pharmacy benefit managers (PBMs). In particular, the case surrounds whether the state of Arkansas (or any state) can issue laws regulations payments from drug PBMs. The ruling is expected to have a huge influence as to if states can regulate prescription drug prices.

The first is that Secretary Azar extended the public health emergency for another 90 days, effective October 23 (i.e., the PHE will remain in effect until late January).

The second was that the FDA announced new guidelines for COVID vaccine approval. As part of the standards require participants to be monitored for at least two months after inoculation. The result is that emergency use authorizations are very unlikely to happen before the November election.

Finally, Politico reported that new guidance would be coming on the previously announced Medicare drug coupons. You can read about it here

CBO released a breakdown of the uninsured in 2019. Overall, of the 30 million uninsured in 2019, about two-thirds had access to subsidized coverage. CBO expects the number of uninsured to increase by about 1 million as a result of the pandemic.

KFF its annual employer health benefits survey for 2020. Overall they found that premiums for ESI coverage increased, on average, 4%. The average deductible for single coverage was $1,644, 56% of firms offered coverage last year.