Supreme Court Justice Ruth Bader Ginsburg passed away last week. Who fills that seat and when the seat is filled has serious implications for upcoming healthcare cases such as the future of the ACA and the Medicaid work requirement case. The White House has pushed for confirmation of a new justice before November, which would mean that the newly confirmed justice would participate in the Texas v. California ACA constitutionality case (scheduled for November 10).  A new conservative justice would also make it more likely that the ACA would be overturned. Katie Keith has a good round-up of the legal implications, which you can read here. The expectation is that President Trump will announce his nominee on Saturday, with the Senate GOP aiming to hold hearings starting October 12 and a vote on the nominee by October 29.

What are the implications if parts or the entire ACA are overturned? Wakely released an overview of some of the implications of the Supreme Court ruling as well as the 2020 election. You can read it here.

The House passed a continuing budget resolution that would fund the government until December 11. The Senate is expected to pass the bill shortly. With the exception of the Supreme Court nominee hearings/vote or a stimulus bill, Congress is expected to be on recess until after the election. Negotiations on a potential COVID stimulus bill reportedly restarted late on Thursday.

As Joe Weisenthal of Bloomberg shows below, improvements in initial unemployment numbers have stalled. There is growing concern that a V-shaped recovery, i.e., strong/quick recover, is not materializing. This indicates without Federal stimulus that economic conditions will not improve. 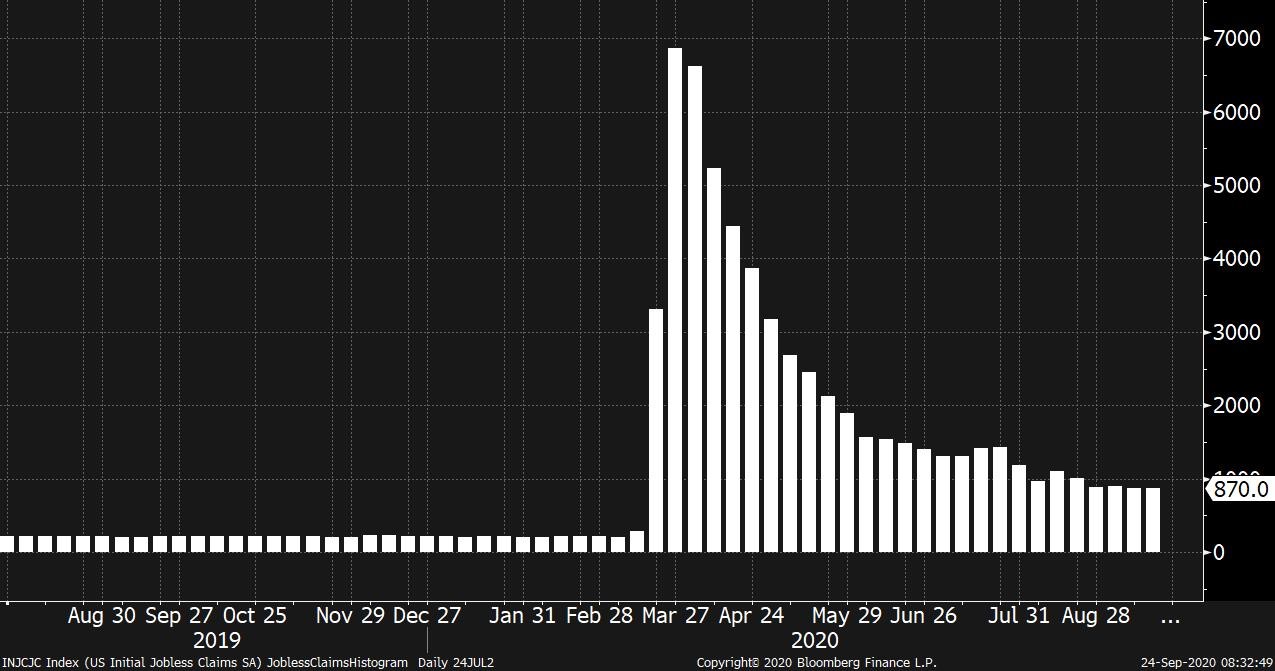