The big news this week is that the Democratic Congress began to push forward passing the Biden endorsed COVID relief bill. The House passed a bill that would allow Congress to pass legislation via reconciliation, with the Senate expected to follow suit. Passing a bill via reconciliation would allow the Senate to pass legislation using only a 50 vote majority (with Vice-President Harris as the tie-breaker) rather than 60 votes (i.e., increases the likelihood of legislation passing).

The expectation is that drafting of the exact details of the bill would occur in the coming weeks, with a vote on the bill occurring sometime after the impeachment trial concludes (end of February/March).

One sticking issue is that if the bill increases the deficit, it will result in automatic reductions in Medicare via sequestration. Congress would have until the end of 2021 to prevent the cuts, as it did following the 2017 Republican tax cut bill. 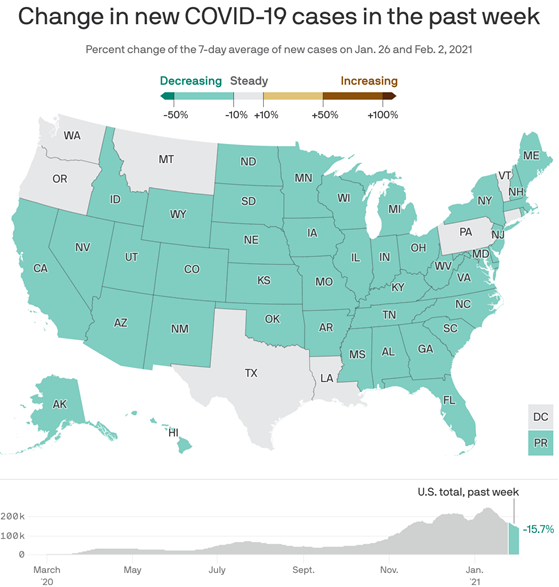 As AXIOS reported, new COVID cases continued a steep decline this week, with the vast majority of states seeing sharp reductions in COVID cases and hospitalizations.

The news on COVID variants, however,  raises concerns of a potential rebound in the near future. Several epidemiologists noted that the more transmissible new variant will likely increase how long the pandemic continues  as it increases the likely herd immunity threshold.

One benefit of greater social distancing due to the COVID pandemic is that flu season is expected to be near non-existent.  For example, while last year at this time (i.e., the third week in January) there were nearly 20,000 positive specimens, this year, there were 68.

Johnson and Johnson officially applied for Emergency Authorization Use. The FDA is expected to hold a meeting on the topic February 26.

I’d recommend using Modern Healthcare’s regulation tracker as to which regulations the Biden Administration is changing. For example, it was announced that the rule barring PBMs from keeping Medicare Part D drug rebates is officially paused at least until Jan 1, 2023. 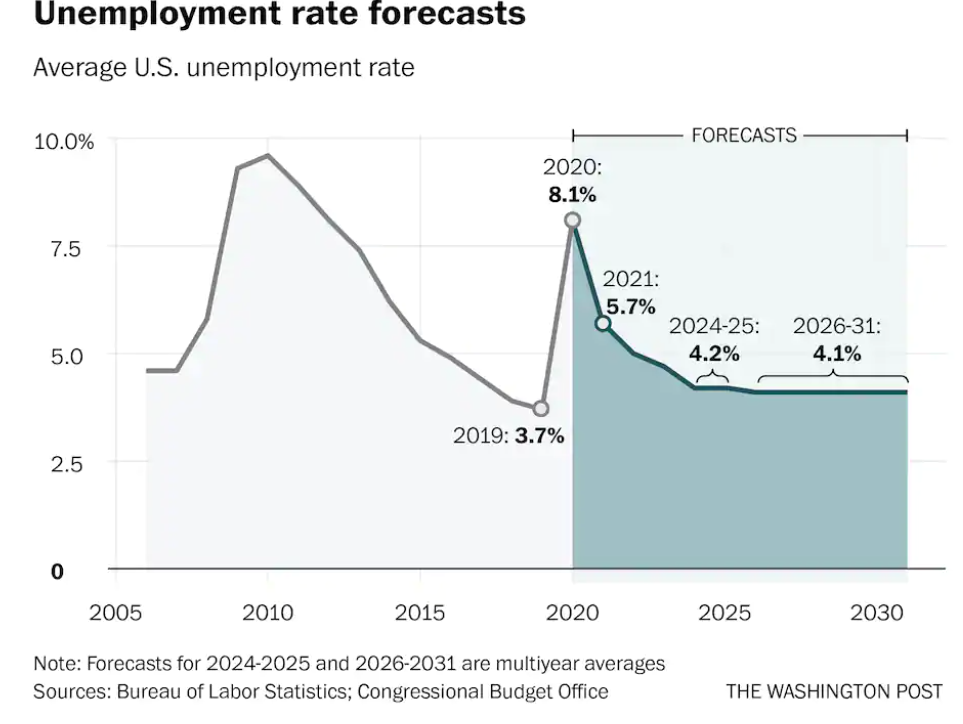 CBO released their updated economic forecast. The good news was that CBO estimated that real GDP should return to normal mid-2021 although the number of people employed would not return to pre-pandemic levels until 2024. The Washington Post points out, at no time over the next ten years is unemployment expected to reach the levels seen in 2019.