The big news this week was that Pfizer’s COVID vaccine was officially reviewed by the FDA advisory committee (the meeting is ongoing at the time of the blog’s writing). You can read about the trial results here. Emergency approval is expected in the coming days, with states receiving vaccines as soon as next week.

Moderna’s vaccine will be reviewed next week (December 17) and could also be approved soon thereafter. If both vaccines are approved, up to 40 million doses could be available by the end of the year.  While the news has been positive, it should be noted that in order for large-scale immunizations to happen in the first half of 2021, other vaccines will need to be authorized. The AstraZeneca-Oxford vaccine is not expected to be ready for submission for approval until at least the end of January/early February and the Johnson & Johnson vaccine until later in Q1.

The COVID pandemic continued to grow uncontrollably as the US hit all-time highs for cases, hospitalizations, and deaths. Wednesday saw US deaths exceeded 3,000 for the first time. CDC Director Redfield announced today that over the next 60 to 90 days, daily deaths would likely remain above this level, with vaccine approval having minimal effect on the death toll. 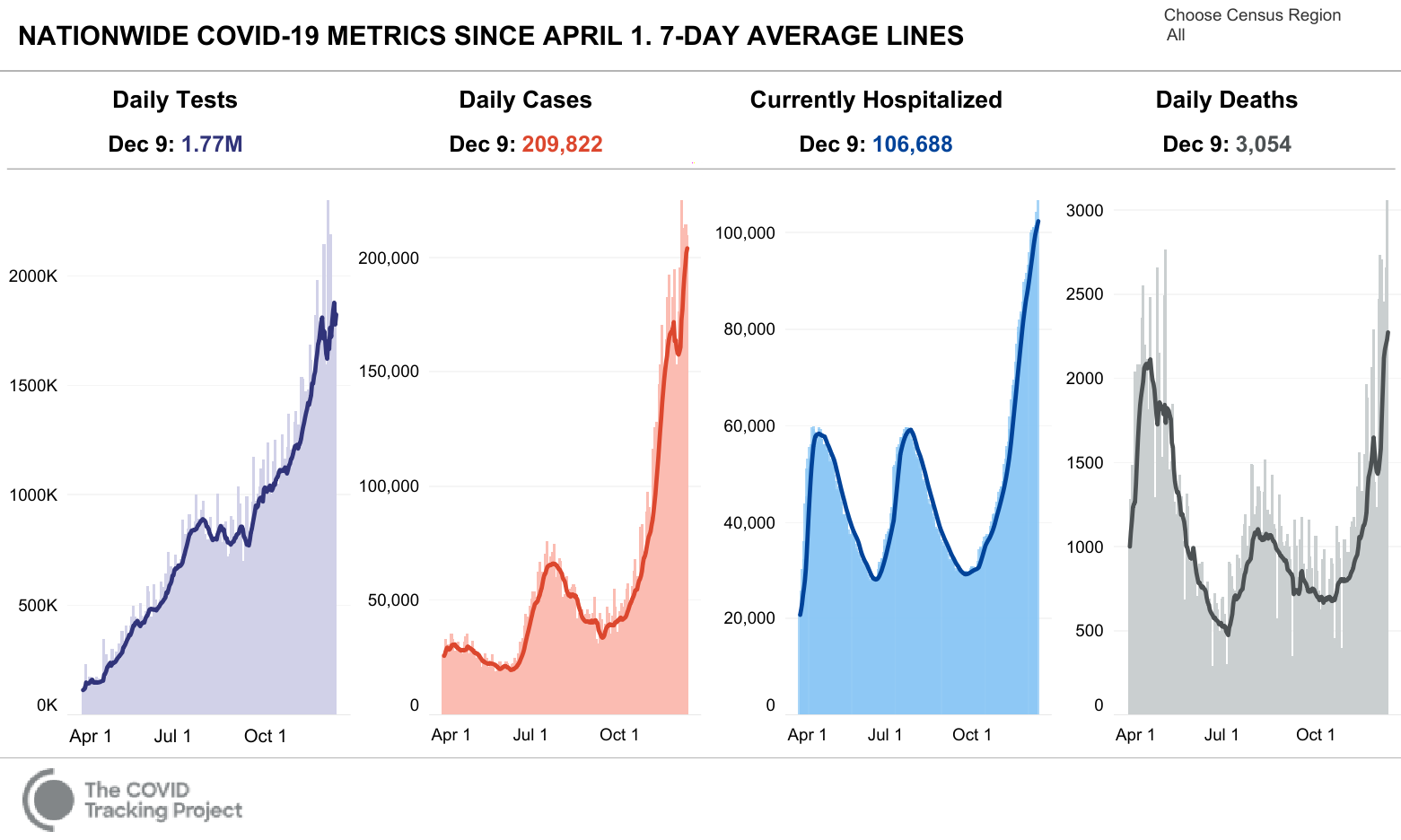 Congress continues to haggle over COVID stimulus and the overall budget. Politico reported that Congress is set to pass a one-week spending bill to give Congress until December 18 to reach an agreement to avoid a government shutdown.

Kaiser Family Foundation found, based on analysis of Mark Farrah data, that despite a large number of job losses in 2020, changes in insurance coverage have been fairly muted. Overall they found that the fully-insured group market decreased by just 1.5% between March and September. Overall they found individual market enrollment was up year over year slightly. Medicaid managed care enrollment is up about 11% from March to September.

Politico reported that the drug-card plan (i.e., $200 discount card for certain Medicare beneficiaries) is still on the table, although experiencing unforeseen hurdles. Politico reported the Administration is still pushing for release before the end of the year.

The Supreme Court ruled in favor of states being able to regulate pharmacy benefit managers. The ruling is a victory by Arkansas that sought to place regulations on PBMs.

President-election Biden has started to roll out his nominees for his cabinet. Most notably on the health care front, Biden announced Xavier Becerra as his nominee for Secretary of HHS. Becerra currently is attorney general of California and involved in a number of ACA related cases.  Previously, Becerra was on the US Congressman and served on the influential Ways and Means committee.