The big news this week was that several vaccine candidates (Pfizer and Moderna) made promising announcements. Both Pfizer and Moderna announced that the vaccine had produced results of around 95% effectiveness to date. Pfizer also announced the vaccine’s efficacy was consistent across age, race, and ethnicity (e.g., for those above 65 the vaccine was reported to be 94% effective). You can read the NY Times article on it here  or Stats article on it here. The FDA’s advisory panel is currently scheduled to meet December 8-10 to discuss COVID-19 vaccines.  If the FDA authorizes the two-dose vaccine, Pfizer said they could have up to 25 million doses (i.e., enough for 12.5 million people) available for the United States by the end of the year.  On a slightly slower timeline is the Oxford-AstraZeneca vaccine, which has showed initial promise. Researchers expect to release late-stage results around Christmas.

One key story to follow as a vaccine approval gets closer is the distribution plan. While the CDC provides states with overall assumptions, states themselves will likely have a larger role in the distribution of the vaccine (both logistically and determining in which order people should be able to receive the vaccine). KFF has good summary of where states are in their planning. Effective logistics and state policy will be crucial in the days after initial vaccine approval, in which demand will far outstrip demand. 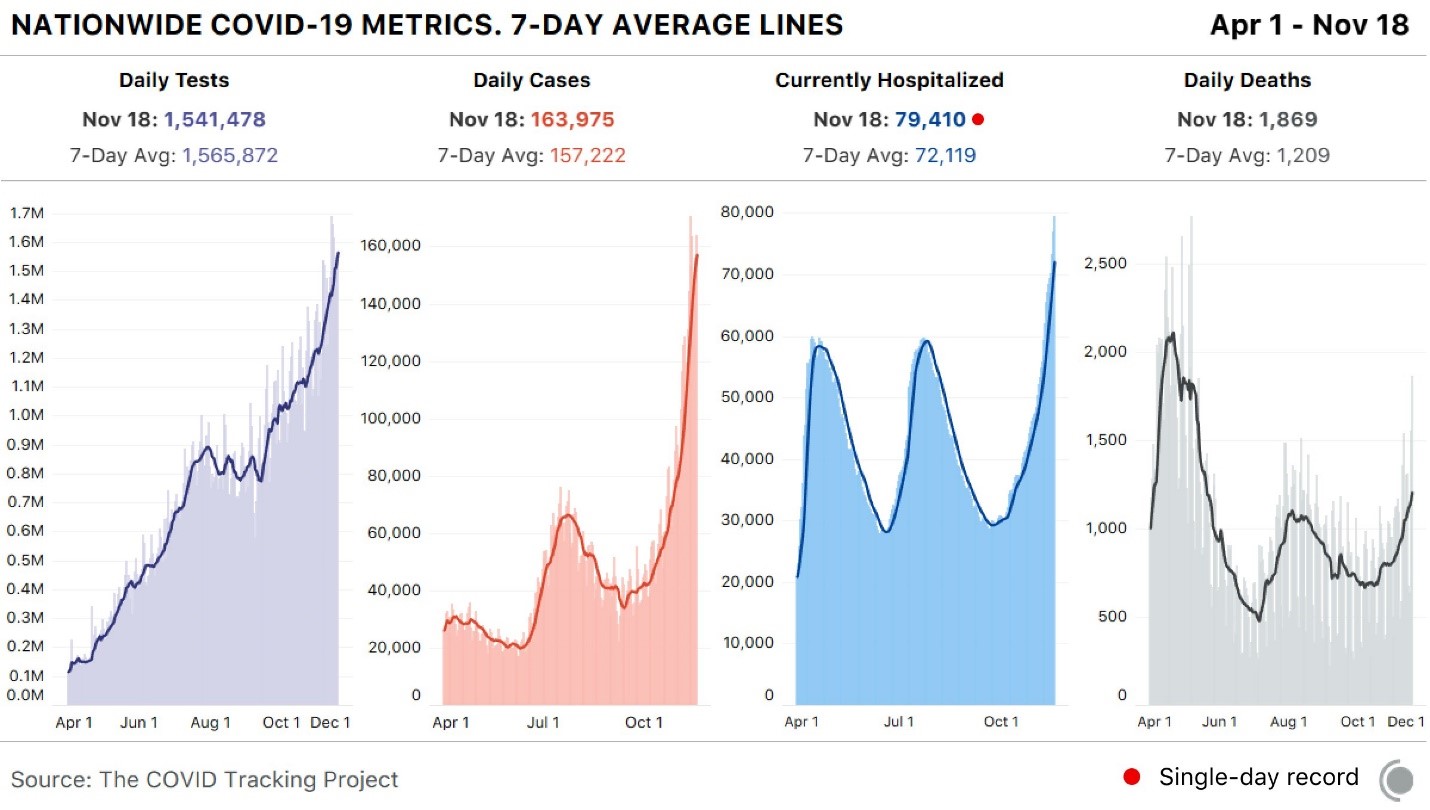 There have been several stories this week of hospital staffing shortages. Between staff being infected and overall stress and strain from the pandemic, 22% of American hospitals were expecting staffing shortages this week. Hospital shortages combined with the record number of COVID hospitalizations are expected to crowd out other forms of care in the coming months.

There are several reports of upcoming CMS regulations releases.

How is Opening Enrollment Going?

Research You Can Use

Week in Washington will be on vacation next week so Happy Thanksgiving!