There is expected to be a flurry of potential legislation and regulations in the initial months of the new Biden Administration. At the top of the priority list is another COVID bill with an aim at improving vaccine distribution and providing more economic stimulus.  While the details are still not entirely clear and will evolve once Congress begins debating the issuer in earnest but at a basic level the Biden proposal would be a nearly $2 trillion relief plan that includes funding for combating COVID (vaccine distribution, testing, etc.), economic stimulus (checks, unemployment insurance, etc.) and increased subsidies for health coverage (new Exchange benchmark for subsidies would be a gold plan,  premiums capped at 8.5% for those above 400% FPL, subsidies for COBRA coverage, and funding for states and local government)

The pandemic continues to  in the United States as daily cases, hospitalizations, and deaths are at the peak. Over 25,000 died this week from COVID. Complicating the situation is the introduction of more contagious COVID variants, which could worsen the situation in the coming weeks and months. 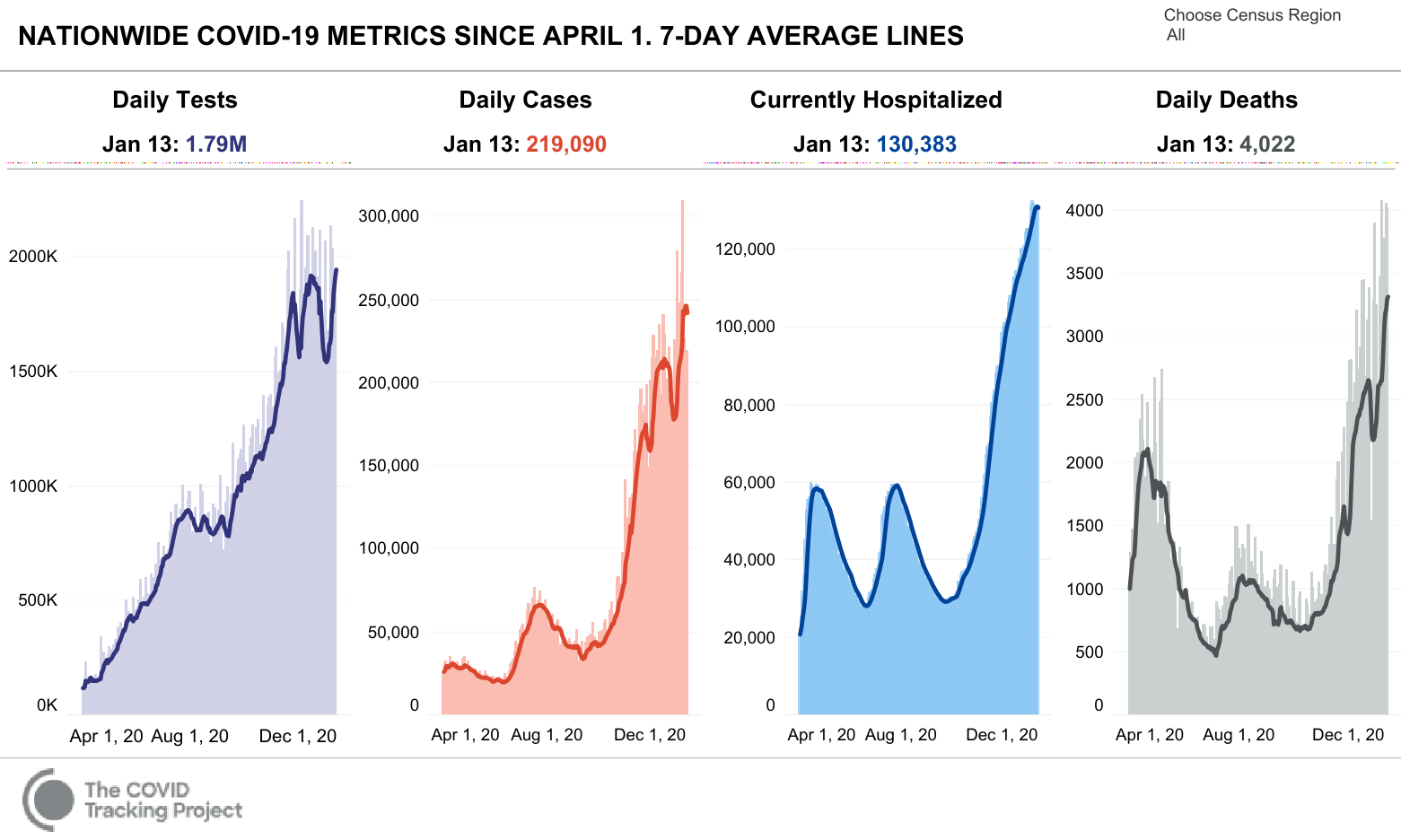 As of writing this blog, over 11 million US residents have received the initial vaccine, which is equal to about 3% of the population. However, currently, the Federal government is allocating only about 4 million additional doses a week. As Larry Levitt notes, as context, there are about 53 million people over 65, meaning it may be a while before the general populace has access to the vaccine.  Johnson and Johnson’s is expected to release interim results on its’ vaccine  at the end of January.