As Scott Gottlieb noted, this past week saw a marked improvement in several US COVID metrics including testing, cases, number of deaths, and percent of positive tests. 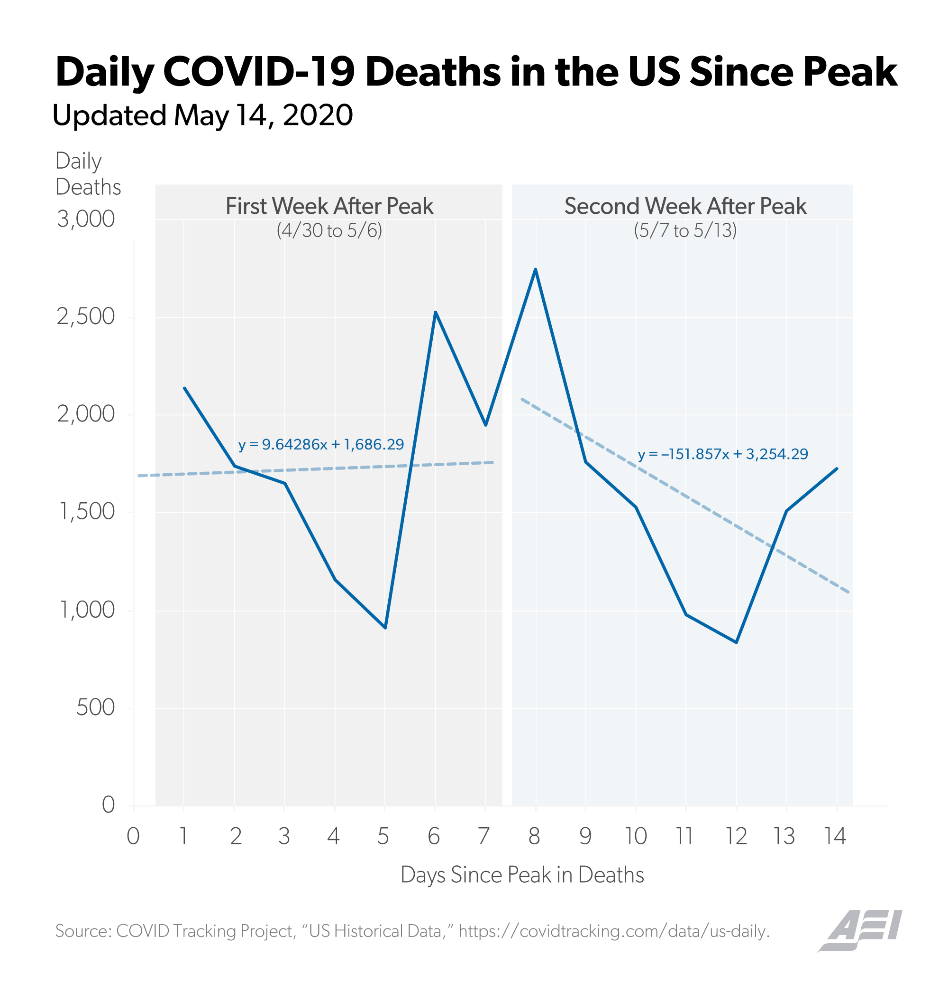 One question I’ve been seeing is the disconnect between states reopening and new cases. The first is that state policies and individual reactions to them are fairly nuanced. One state’s “open policy” can often be much more strict than another state’s “stay at home order”. The other is that COVID cases (and deaths) lag changes in environment by at least 7-14 days. In other words, what the effects of a particular environment is on the infection rate can take several weeks before it shows up in the data.

House Democrats released an expansive bill designed to address the ongoing pandemic. Included in the bill was increased Medicaid money for states, direct money for states, funds for providers, and funding for testing. The bill did not include any funds for insurers but did include a requirement that Medicaid, Medicare, and Commercial insurers impose no cost sharing on enrollees for COVID treatment. The bill is expected to be voted on this week or next but is not expected to pass the Senate.

KFF estimates that about 26.8 million people lost job-based coverage. The estimate is that almost half of those that lost coverage would be eligible for Medicaid.

Random Pick Me Up

200 Goats Escape and roam the streets in San Jose.