COVID case numbers surged to record high numbers this week. While some of the high number of cases (relative to late March/early April) are due to a higher number of testing, surging hospitalizations are due to the disease.

Particularly worrisome, case increases are happening in Arizona, Texas, California and Florida although over half of US states are now experiencing noticeable increases in the spread of the disease.

The only positive at the moment is that there is increasing divergence between the number of COVID related deaths and number of COVID cases. As Eric Topol notes, about a month ago the two began to diverge. In fact, the seven-day average of deaths hit the lowest mark since mid-March.  Part of the divergence is that the profile of who is being infected has changed (a much younger demographic). 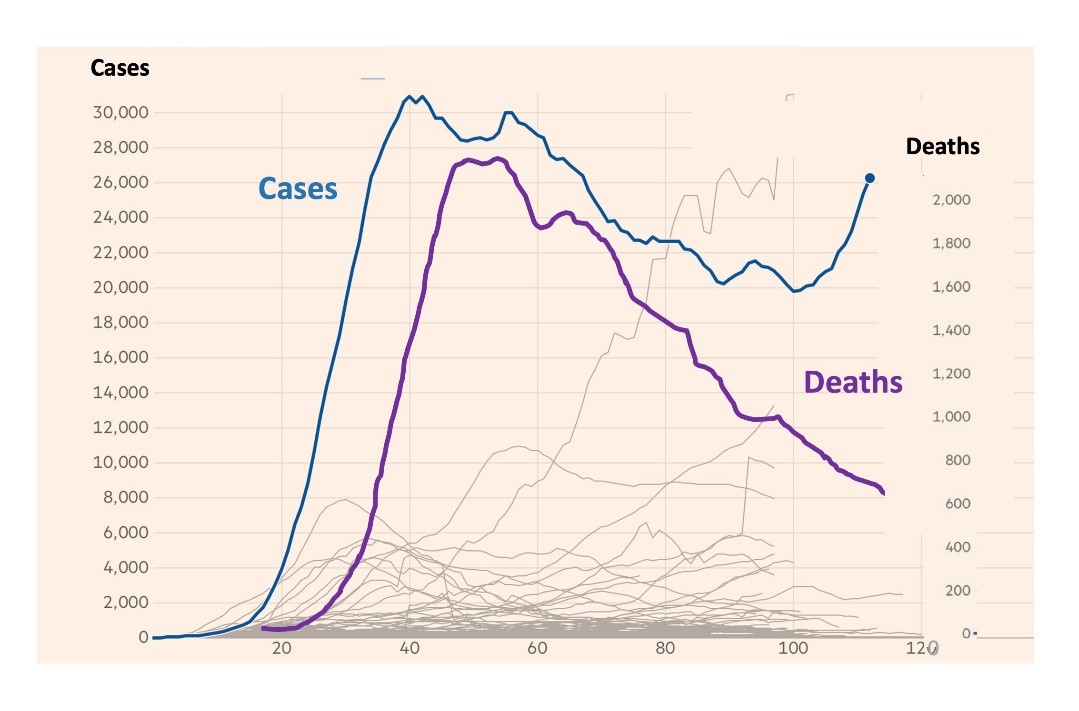 Three important bits of information on the subject of deferred care:

Another 1.5 million Americans filed for new unemployment claims this week.  New jobless claims have not noticeably declined in the past few weeks, which points to greater economic weakness than anticipated. As Heidi Shierholz notes, “this is the 14th week in a row that unemployment claims were twice as high as the worst week of the Great Recession.”

Congress is not expected to pass any legislation before the July 4th break. Generally, the window for Congressional activity is expected to be in July. After July, Congress is expected to go on recess for August and then generally be inactive until the election.

Several states filed briefs with the Supreme Court asking the Court to strike down the entire ACA. The case is expected to be heard in October/November and a ruling in June.

Week in Washington is actually a production of multiple people. One of the key cogs in getting this published, Deb Boe, will be retiring at the end of the month. I wanted to publicly thank Deb for all of her help in getting this edited and published every week.

Week in Washington will be off next week. Happy July Fourth everyone!