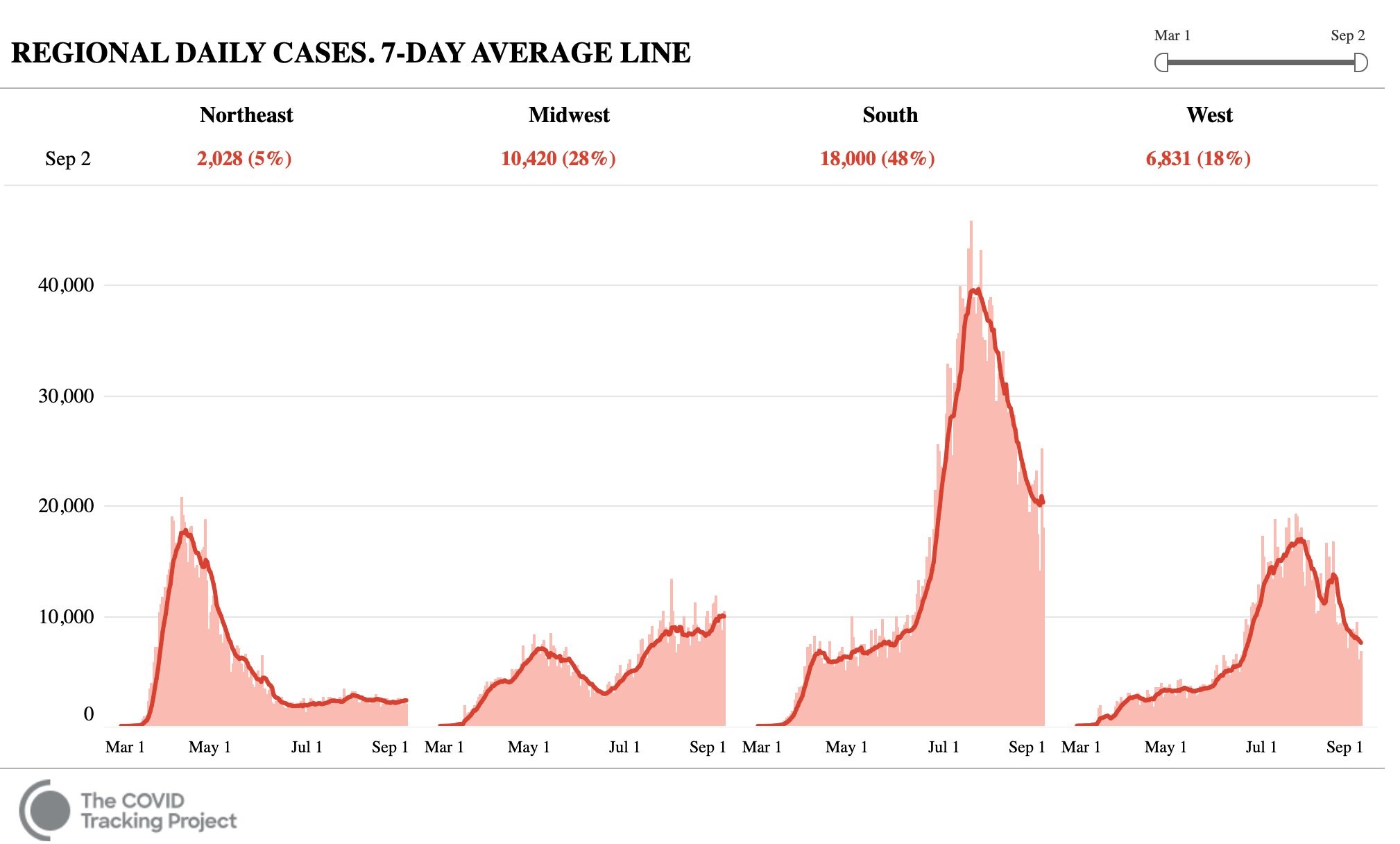 Over the past few weeks, the new hotspots for COVID increases have generally shifted to the Midwest. In particular, increases in Iowa, Kansas, and the Dakotas have dramatically accelerated recently. The result is that while there have been improvements in prior hotspots like California, Arizona, or Florida, the increases in the Midwest has resulted in national COVID case numbers generally being flat (around 40,000 a day).

Several news outlets reported CDC guidance to states how to distribute and store a potential COVID vaccine for early November.  Pfizer recently announced that it was on-track for government review as early as October 2020. CDC guidance notes that health care professionals, essential workers, and older or at-risk individuals would be prioritized in receiving the vaccine.

The US Government began making payments for the owed risk corridor amounts this week. The US owes issuers approximately $12 billion. CMS has not yet released any new guidance on exactly how to account for the risk corridor payments for MLR purposes.

CMS released its final Hospital Inpatient payment rule. The rule would require hospitals next year to report the median rate they negotiate with Medicare Advantage organizations, by MS-DRG, for inpatient services. This data would be used to help set Medicare Payment rates starting in 2024.