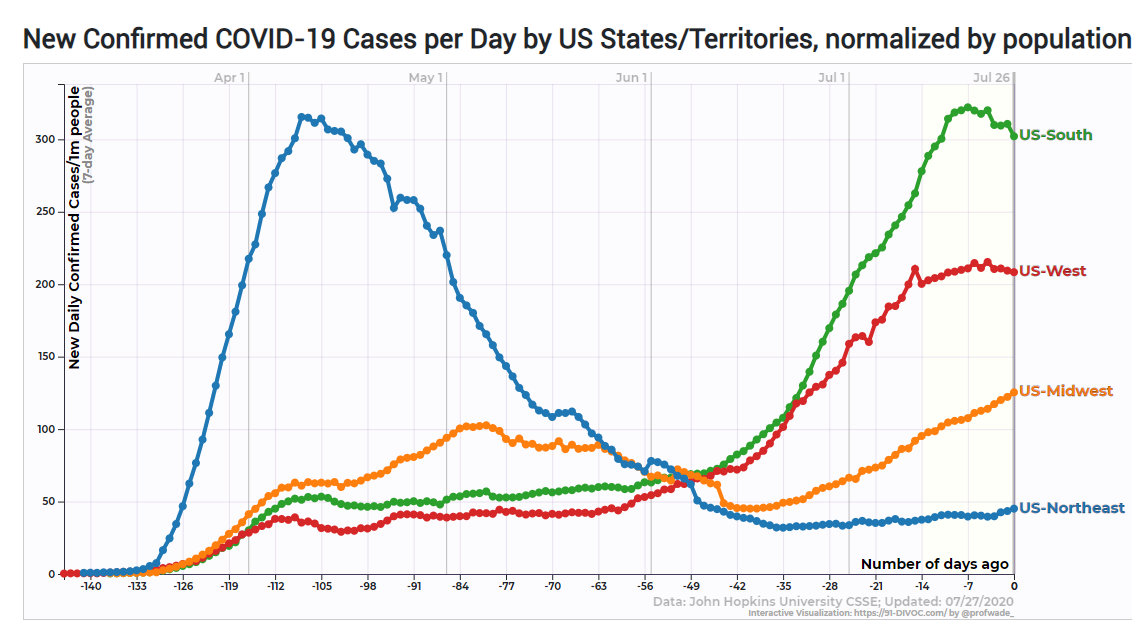 Long-term Immunity: Part of the reason for the fluctuations is that the epidemic appears to hit areas worse that have not yet experienced high infection rates (i.e., more a rolling first wave). There is growing evidence that individuals have initial immunity, which puts some downward pressure on the transmission rates in areas hard hit (for example, the CDC found that individuals infected were protected from reinfections for at least three months). How long that immunity lasts may be a significant determinant on if/how frequently resurgences occur. For example, recent research projected resurgence timing, with the grim findings that high surveillance may be necessary into 2024 to avoid resurgence.

The Supreme Court announced that it would hear the challenge to the ACA (Texas v. Azar) on November 10 (one week after the election). A decision on the case is not expected until late spring (May/June).

Research you can Use