The bill goes to the House, which has not passed it yet. If the House were to make any changes, then the bill would have to go to a conference committee which would then make changes of its own and have the House/Senate vote on it again (i.e., this could take a while).

The timing/passage is more uncertain than normal as many House Democrats (including Speaker Pelosi) want to make sure a different bill (the reconciliation bill) is passed at the same time (i.e., support for one bill is contingent on passing the other). Consequently, the chances of passing are less than usual, and it may take a while for things to be clear.

Also passed this week were a series of guiding principles/goals for the reconciliation bill. This bill, as currently envisioned, includes ACA tax credit enhancements, additional Medicare benefits (vision, dental, hearing), and coverage for individuals in the Medicaid coverage gap.  A few updates on the policy status of two of the key provisions:

Unfortunately, COVID cases, hospitalizations, and deaths have markedly increased across the country, as seen below, via Jonah Fleish. 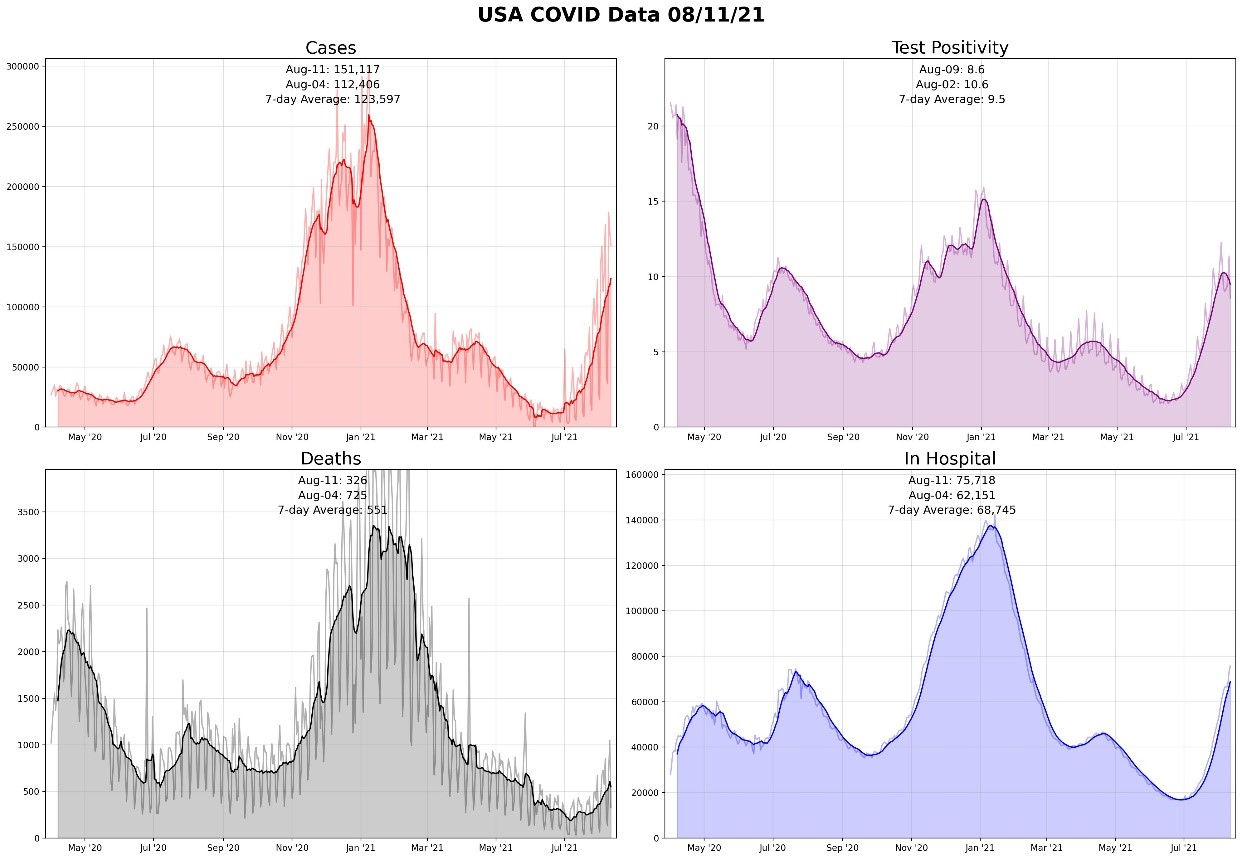 The FDA appears poised to approved COVID vaccine booster shots for immunocompromised patients that received Moderna and Pfizer shots in the coming days.