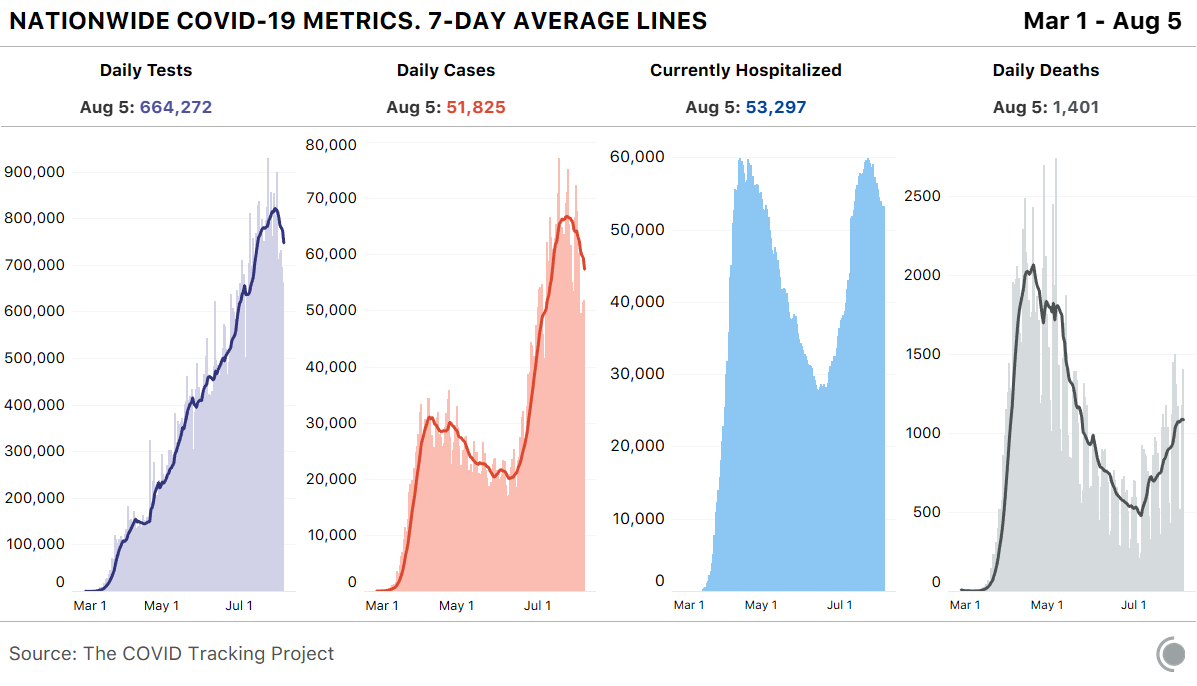 As can be seen in the above numbers from the COVID Tracking Project data, the number of national COVID cases (and likely the overall number of people infected by COVID) have started to decline. Previous hot spots like Arizona and Texas have seen improvements. Why is the number of deaths still increasing? Deaths tend to lag confirmed cases by about three weeks (on average, two weeks from confirmed case to death and one week from death to reporting on death). Consequently, while the infection rate has improved, the number of COVID-related deaths is expected to climb for a bit longer.

Additionally, while the overall national picture has improved, there remains hot spots of infections increasing. Alabama, Mississippi, and some Midwest states like Missouri are showing troubling patterns.

For the 20th straight week, over one million Americans filed new jobless claims. Overall about 31.3 million Americans are receiving unemployment (this is both because of more permanent layoffs and because states are working through data backlogs.) This means that about 20% of those who were working before the pandemic are now unemployed.

Congressional leaders have still not agreed on another bill. Several commentators noted that there is dimming hope that a deal will be reached at all. Finally, there are reports that the President is considering executive action that would result in increases in unemployment payments and a reduction in payroll taxes.

Tuesday voters in Missouri passed a constitutional amendment that would require the state to expand its Medicaid by July 2021. As can be seen on the below map, 38 states + DC have now expanded their Medicaid programs. 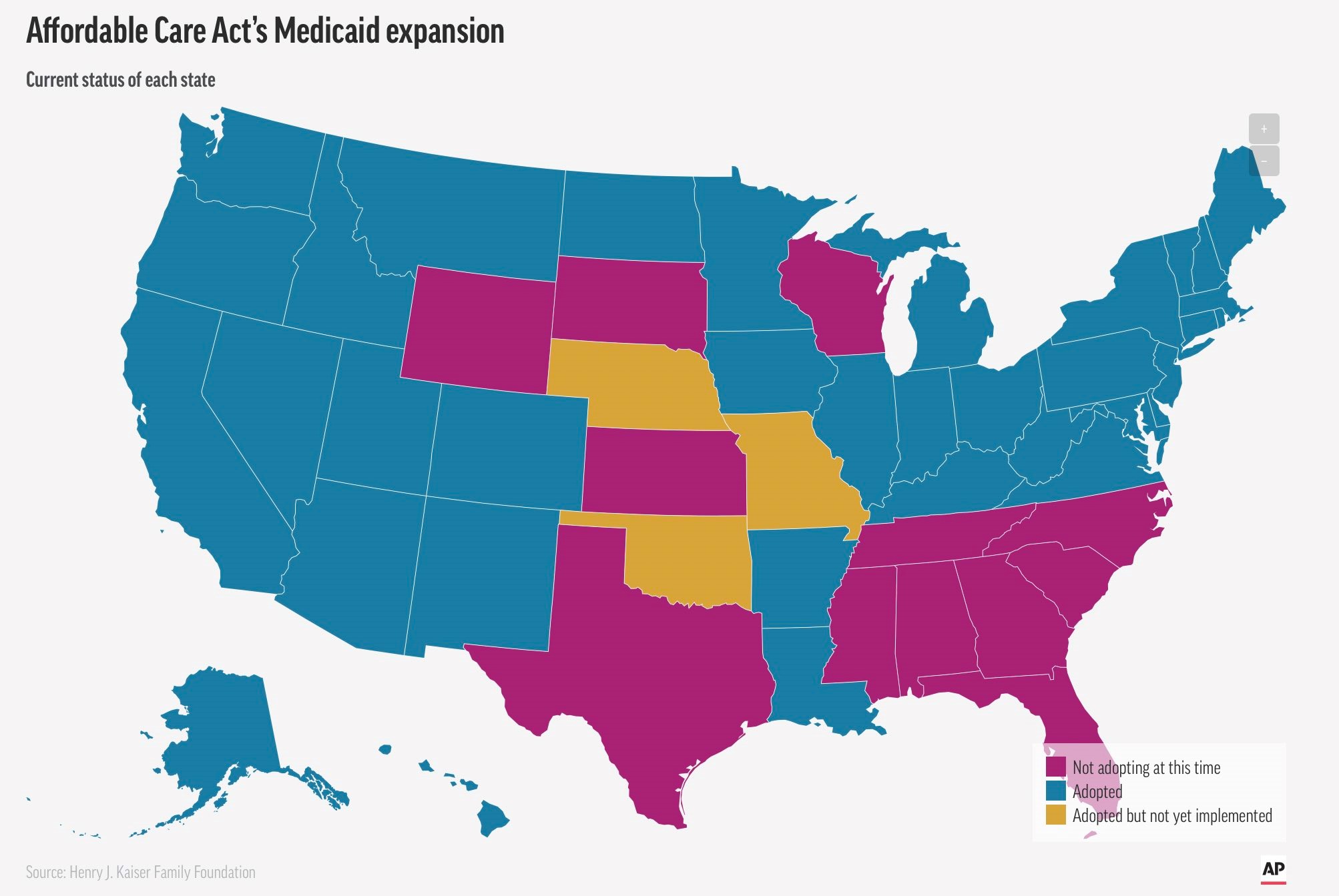 The Department of Justice is suing Cigna, alleging that the company mischaracterized its Medicare Advantage plans’ risk scores as a way of receiving more federal money. As a reminder, the DoJ is suing Anthem over a similar issue.