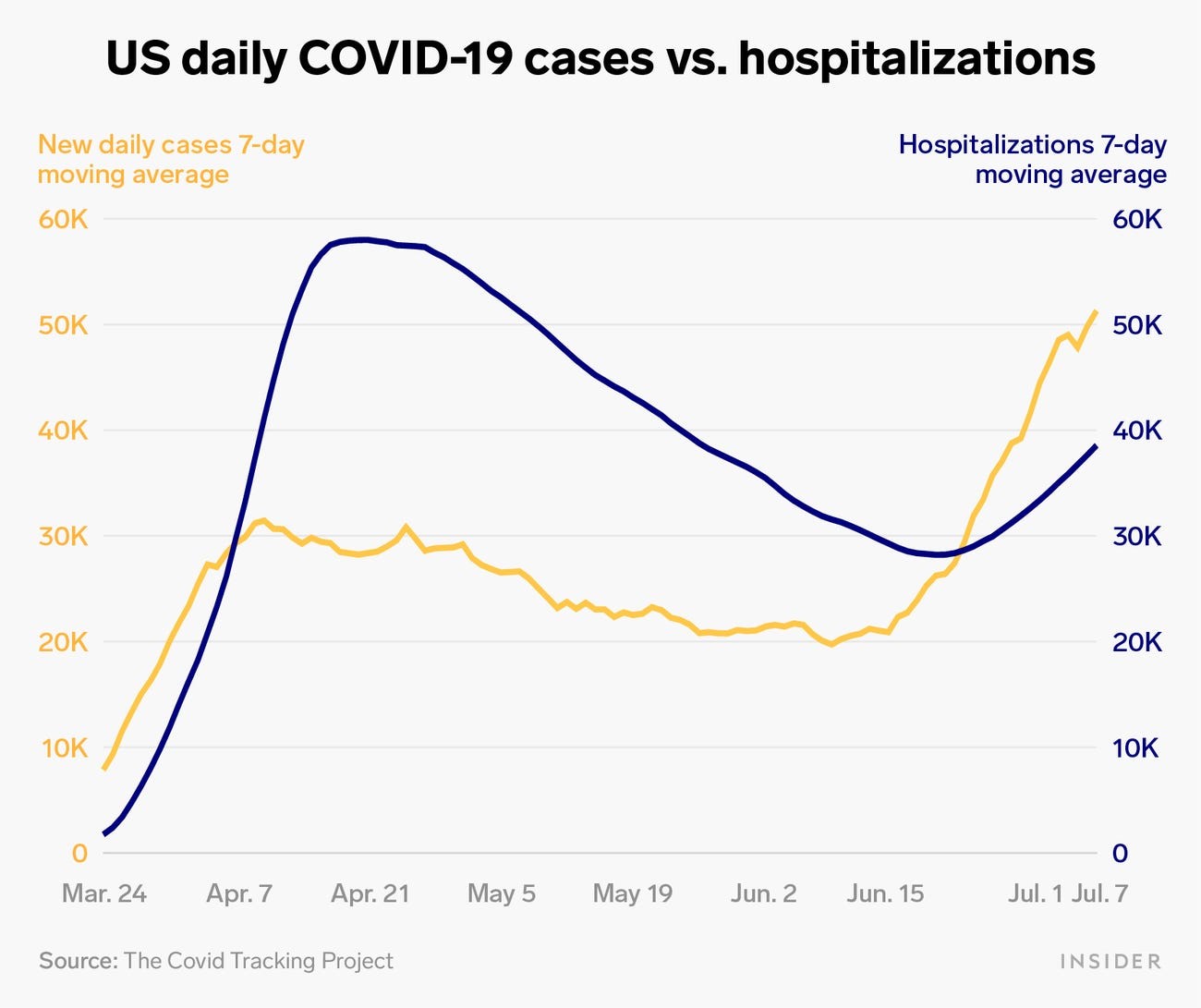 Deferred Care – In terms of claims cost, one question is how the increases in infections are affecting deferred care levels. At a policy level, according to Axios, so far, hospitals aren’t selecting to reduce non-essential procedures, as they did previously. However, consumer behavior may be changing regardless of hospital (or state) policy. There is some evidence that the recent spike in infections is reducing the utilization of using hospital services as captured in this survey data.

State Actions: As expected in the face of increasing infection, generally states have reversed course, in terms of opening up. While no state has implemented as rigid shutdown policies as happened in March, many have stopped opening further or imposed new restrictions (for example, on indoor seating).

Congress: Congress is currently on recess until mid-July. There is a small window of time for bills between the July recess and before Congress goes back on recess in August/unemployment insurance expires. The expectation is that if an agreement to address the pandemic and its effects comes together, it is most likely in this late July time frame.

I was on the Society of Actuaries Podcast on its recent COVID model release. It’s a fun listen.