The FDA/CDC approved the Pfizer vaccine for kids ages 12-15 (previously, the vaccine was approved for those 16 and older). About 55% of the eligible population (12 and older) has had at least one shot. Further good news from via polling data by YouGov/Economist shows vaccine hesitancy is declining, which hopefully will improve actual vaccine take-up. 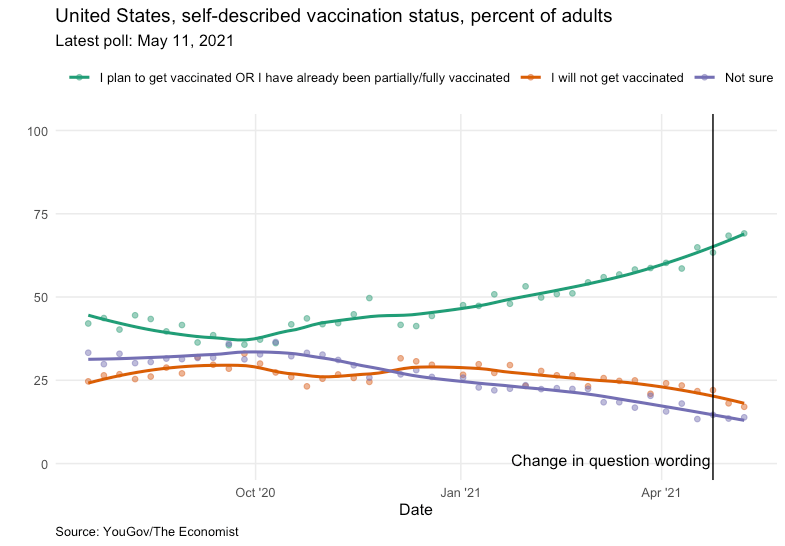